Over the years we’ve done all sorts of birthday parties for the boys. From a local village hall to rugby in a sports hall, from a house full of small kids to a day out with friends at the Natural History Museum, from a transit van on the drive with Xboxes to playing Scalextric in an old cotton mill or a family trip to the zoo.

When it came to large boy’s ninth birthday in December 2020, none of the normal types of party was going to be possible. At the time we were in tier two restrictions, so we could theoretically have met with one or may be two of his friends outside. But it was December after all, cold and wet and miserable, not ideal conditions for a picnic party.

As we come out of a stricter lockdown at the start of spring 2021, the way we might be able to hold birthday celebrations is probably very similar to how large boy marked his ninth birthday. So I thought I’d share what we did right, the mistakes I made, and some other ideas that could make for a fun birthday in the next few months.

Rather than celebrating his birthday just with his parents and brother, we suggested to large boy that we try to do some sort of virtual party over Zoom. Its all the rage you know!

At that point we hadn’t done any Zoom home learning, just a few Cubs sessions and they seemed relatively tame and civilised. We figured we could get a group of 8 and 9 year olds in front of screens for an hour or so and it wouldn’t be too chaotic.

December is always a busy time of year for families and there were still festive events going on locally in stately homes and gardens. So we planned a lockdown party a couple of weeks in advance. First, I created a Facebook messenger group and added all the mums of the children that large boy wanted to invite, suggesting a weekend and asking whether mornings or afternoons would suit.

Once we had consensus (for Saturday late afternoon), we created a Zoom meeting and large boy designed some party invites to print out and give to his friends. He got a little lesson on how to include all the information needed.

A search of Pinterest and Facebook groups gave me a couple of ideas for activities. We planned to play 20 questions (aka animal vegetable mineral) and Super Mario bingo. I found an awesome printable bingo card to use. I figured bingo wouldn’t take long and we added a tip to the invites for the children to think of objects for 20 questions.

I had decided a couple of years ago that large boy and his friends are old enough not to need party bags any more. However, since they weren’t getting a proper party and because school had told us to send packed lunches in disposable bags in August before back-tracking, we threw some bits together. Amazon to the rescue of course for the stickers to decorate the bags and to go in as loot along with some proper junk as traditionally required. 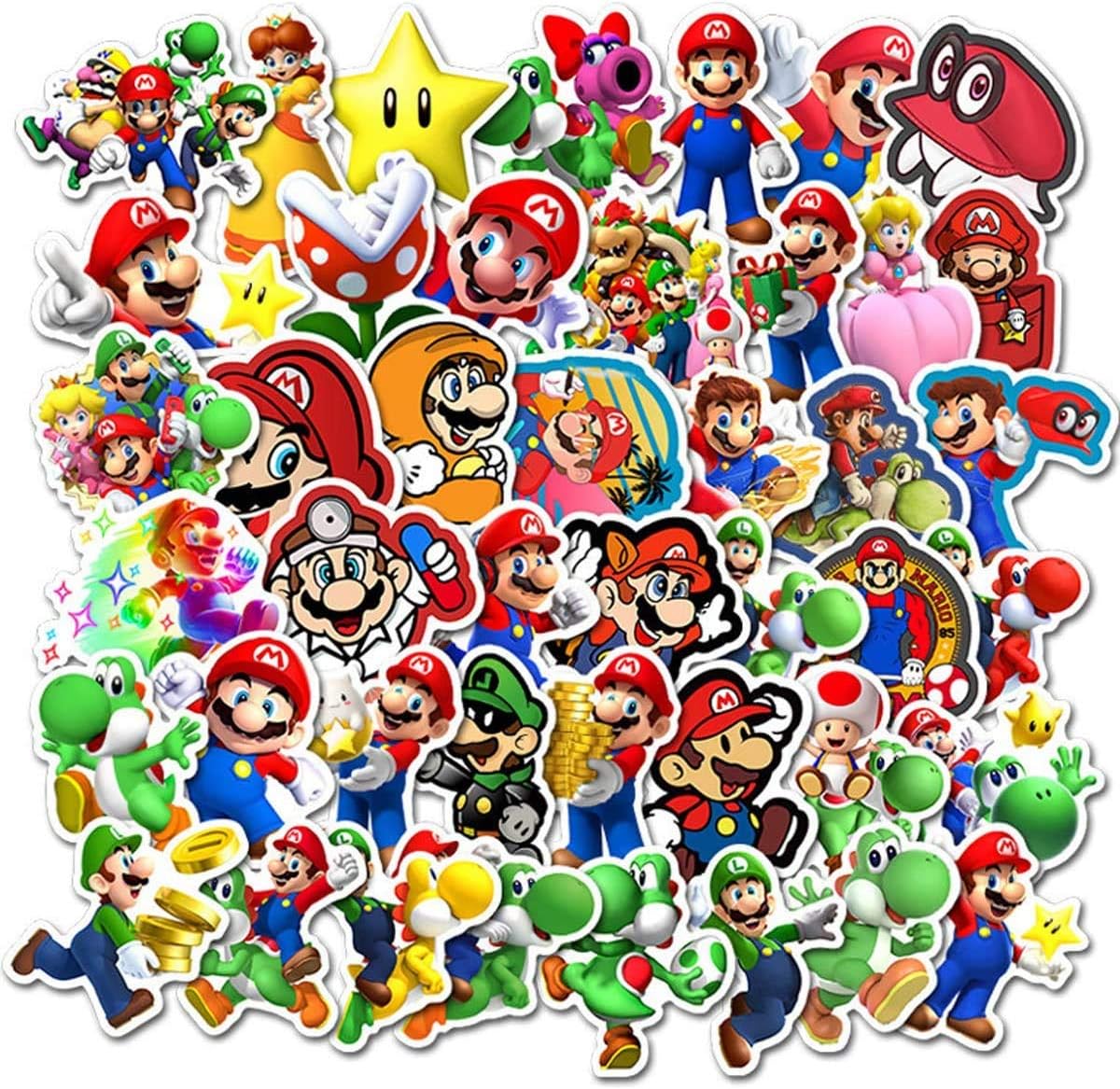 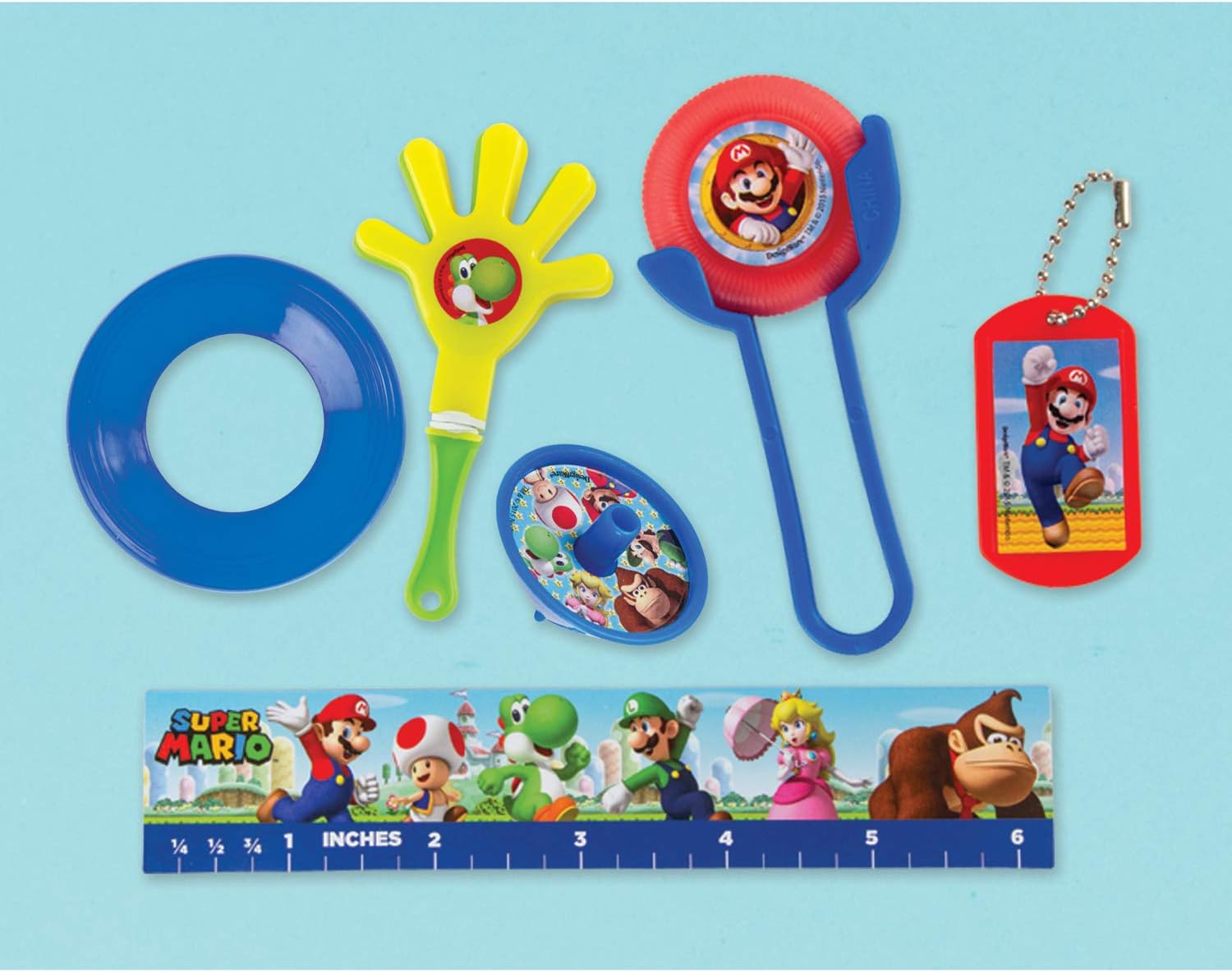 Along with those bits and bobs we included some sweets, glow sticks and straws filled with little flavours balls to make milkshake, plus a cup cake. Being lazy, a less-than-perfect baker and far too busy, I bought a big pack of pre-decorated cakes and topped them with Mario themed rice paper (also Amazon): 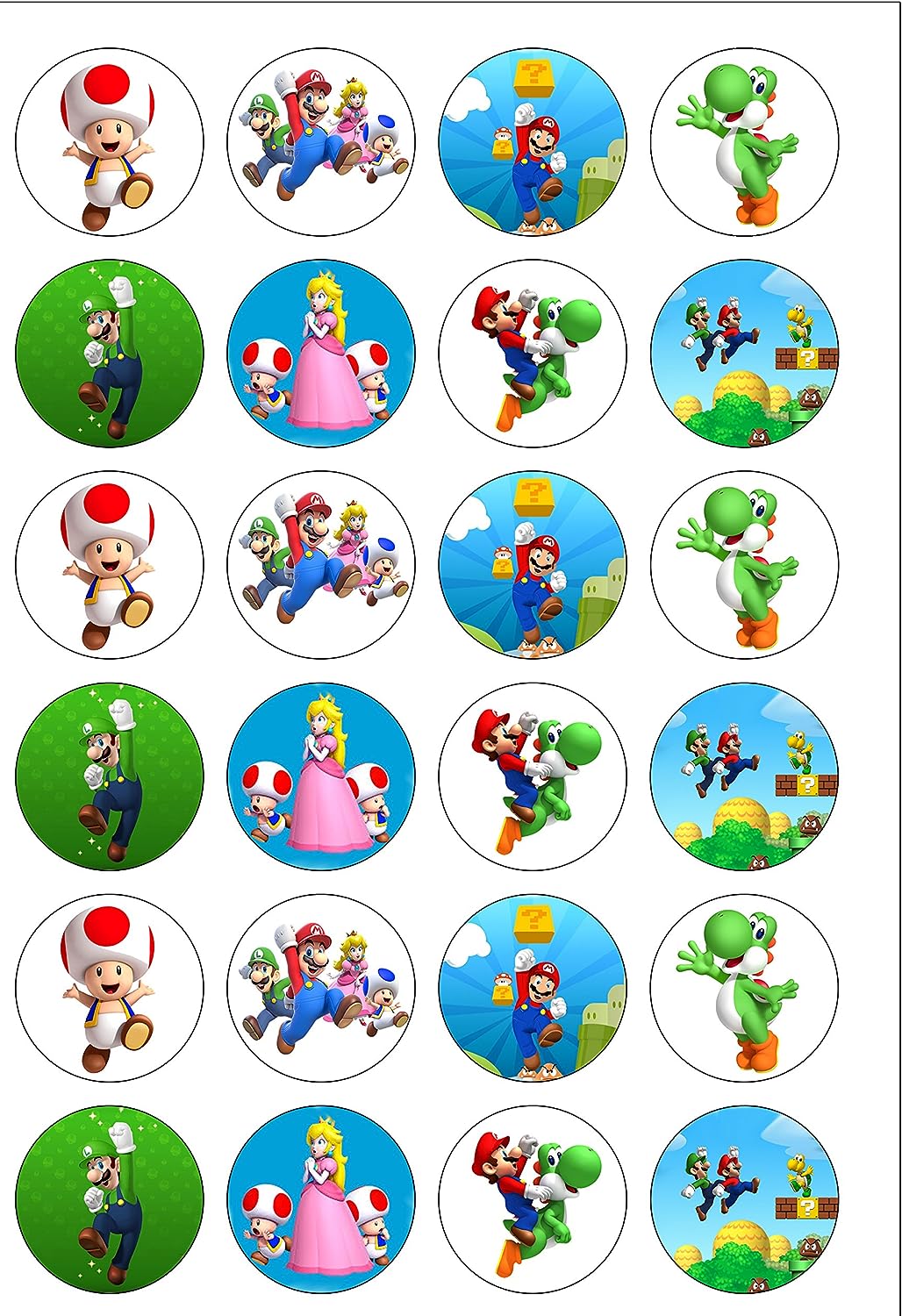 We took the party bags to school at pick up time on the day before the party so that everyone would have their treats.

Frankly, I should have taken the hint that things might not go as smoothly as I’d hoped when, exactly a week before the party, a parent asked me for the Zoom details again and another apologised that they would be late. They had lost the invite and hadn’t really looked at the calendar when we’d discussed dates. They were trying to join a week early!

On the day of the party we were all signed into Zoom and ready to go, along with 4 out of 7 of the invited friends. I’d re-sent the Zoom details to the messenger group an hour before. We decided to wait for a while, another friend joined but he was sitting in his living room where his dad was watching Sky Sports so all we could hear was football commentary. Someone else joined 20 minutes late and finally half an hour after the party started I got a text from someone’s step mum to say she couldn’t come because she’d been taken on a surprise day out – the organised birthday party had got lost between her mum and dad’s planning.

We had a good go at bingo though. Everyone had managed to not lose their bingo cards from their party bags, much cake and sweets had been eaten in advance, and large boy’s best friend won (prize delivered to school on the Monday). 20 questions was an utter failure because none of the other children seemed to know how to play and after all the delays the 45 minute slot was over before we could really get going.

It wasn’t a roaring success of an almost-lockdown birthday party but it was fun and they all laughed and large boy got to celebrate with his friends a bit.

In this latest lockdown, both school and Cubs have played scavenger hunts which large boy and his friends have all really enjoyed.

School has also played a game with both boys, imaginatively named “sock or no socks” – does what it says on the tin: each child chooses whether to wear one, two or no socks and everyone else has to guess, then they show their feet. Its actually hilarious fun as the kids invent ways to outwit their classmates – two socks on one foot, no socks on feet but one or two as gloves.

I think for kids who like dancing and whose parents can figure out Zoom screenshares, you could do Just Dance or a YouTube dance party.

I know that the Tech Truck who did large boy’s eighth birthday party are providing virtual, online gaming sessions that would be brilliant fun for gamers too.

Lots of people who usually provide personal appearances by superheroes or film characters are doing doorstep meet and greets at the moment, so maybe the Elsa or Flash obsessed smaller kids could still get to meet their hero.

If you’ve got a really little one, still at nursery, your childcare provider might be able to help make their day really special. One of my friends just hired a softplay to install at her day nursery for her daughter’s third birthday, so all of the nursery class had a wonderful time and it was very nearly a proper party.