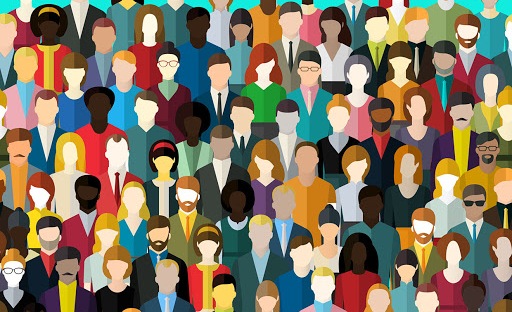 Warning: I’m just going to dive right in here, no gentle preamble or stories about silly things the boys did.

The issues around inclusion and unconscious bias (as well as just basic exclusion based on gender, race, social position, education, religion, and orientation or identity) are a bit of a bug bear for me. From the little layers of expectations that we lay on our children, to the way we treat each other at work and socially.

I’ve previously moaned about unfair preconceptions and being excluded unintentionally.

I’m also aware that the whole problem of unconscious bias is that its unconscious, so I’m as much guilty of it as anybody – so that I’ve been surprised by gentleness where I didn’t expect it. In our house, we try to do as much as we can to prevent the boys from inheriting the pigeon-holed expectations that society too-often applies to people, even through the medium of watching football on TV.

For more on unconscious bias, you could start with the Office of Diversity and Outreach at University of California, San Francisco, for example.

I’m very lucky to work for a company that takes inclusion and diversity seriously. We have an internal Lean In circle with regular meetings attended by people from HR and a decent (though not 50% and certainly not proportional to the staffing gender distribution) attendance from male colleagues. We also have a Diversity and Inclusion community. Both those groups are working for and achieving real change.

Even better, a few weeks ago, our company ran a week of sessions aimed at developing current and future leaders and broadening people’s awareness of inclusion issues and providing them with tools to combat unfairness. I attended a few sessions; on micro-inclusions, outward mindsets, fair feedback, and self-advocating for the journey you want in life.

Some were better than others. The comment in the outward mindsets session that “anyone without mental illness could develop and outward mindset” rankled. That statement implied that anyone with “mental illness” couldn’t be outward looking and thus would be a failure according to the goals of the session. I disagree strongly, “mental illness” can include so many problems, from anxiety and depression to personality disorder or schizophrenia. I’m sure I have colleagues impacted by many of those issues, whether openly or in private, and the thought that the trainer might write them off purely on one aspect of their lives goes against the very values that the initiative was promoting. (No, I didn’t disapprove in silence, I provided feedback after the session and highlighted that issue with HR too.)

That glitch aside, I’m proud to work for a company that cares about inclusion and diversity and that makes concerted efforts to level the playing field for those traditionally overlooked or unfairly judged.

Other sessions were really inspiring; helping us to recognise micro-aggressions and providing us with tips on how to avoid them.

Have you ever witnessed, experienced, or perpetrated a micro-aggression?

I know I’ve done all three. Pretty much everyone has. If you think you haven’t, you’re wrong.

I once wrote a blogger award post and asked a question about “your significant other”. Afterwards, I realised that this excluded anyone who doesn’t have a partner in their life. I would have done better to ask about “the most important other person in your life” – that could be a parent, partner, sibling, child or friend.

What other examples of micro-aggressions are common:

There are many more examples I’m sure. Have you been subject to one of these? Or perhaps you realise that you’ve said or done something that excluded someone?

Unconscious bias isn’t only something that affects individuals. Sometimes companies behave or organize themselves in ways that unintentionally exclude a proportion of their workforce.

Apart from all the obvious gender-related problems and the controversial topic of positive discrimination for hiring, some things that deserve consideration are:

What you can do practically

So we know that there’s bias, unconscious or otherwise, everywhere; leading to exclusion and disruption, reduction in productivity, inefficiency and trivialising or undervaluing individuals. What can we do about it?

First and foremost, be aware. You need to know that you are unconsciously biased. That’s the whole problem, its unconscious, we aren’t doing it on purpose and we mostly don’t realise. So, try to be self-aware and pay attention to your actions. Before you act, ask whether your words or behaviour might unconsciously favour or punish someone.

Of course it’s not that easy, so here are some examples of practical things you can do:

What did I miss? Who did I unconsciously exclude in this post?

What do you or your company do that supports a sense of belonging for everyone?